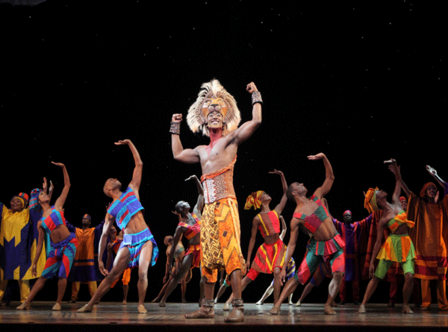 More than 75 million people around the world have experienced the phenomenon of Disney’s The Lion King, and now you can, too, when New Mexico’s best-loved musical returns to Popejoy Hall.

Winner of six Tony Awards®, including Best Musical, this landmark musical event brings together one of the most imaginative creative teams on Broadway. Tony Award®-winning director Julie Taymor brings to life a story filled with hope and adventure set against an amazing backdrop of stunning visuals. The Lion King also features some of Broadway’s most recognizable music, crafted by Tony Award®-winning artists Elton John and Tim Rice. There is simply nothing else like The Lion King.